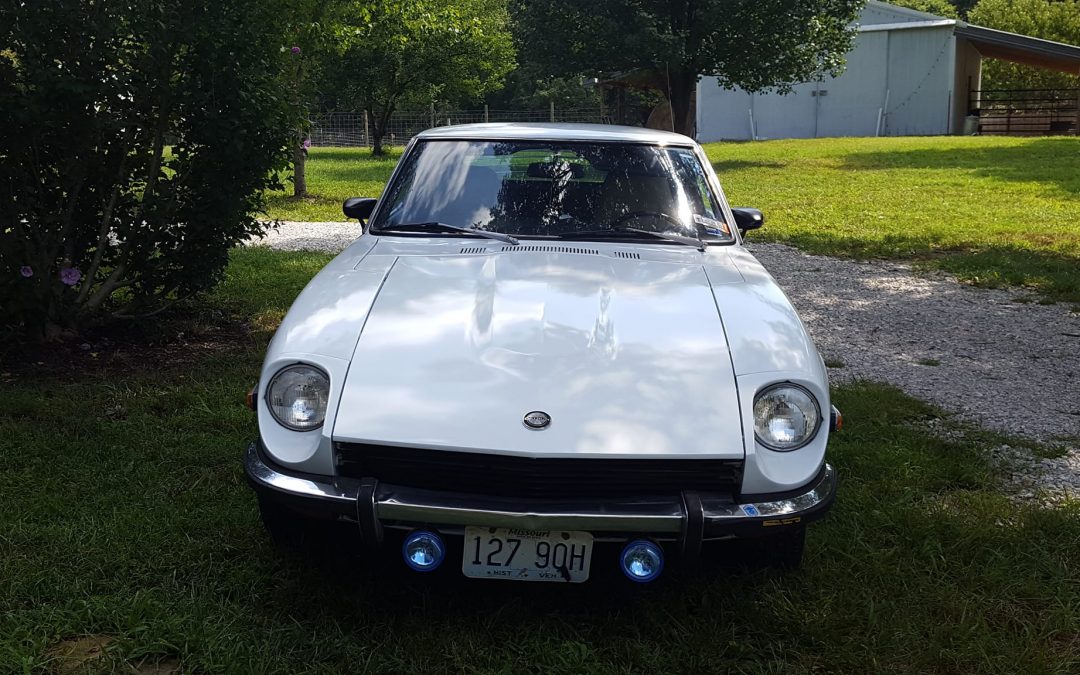 Ronald Gilbert’s Z Story: Bought this 240z from a small car lot. I was stationed at Nellis AFB, NV and needed cheap transportation after going thru a rough family situation.

On December 7th, 1989 the Z was stolen from my house in Las Vegas and was used by a gang member to shoot another gang member. The gang shot back and put three bullets in my car.

Then they drove the car into the desert and set it on fire with a gallon of gas on the front seat. The fire department and police were called, fire was extinguished and the car was impounded.

I paid the impound fees and towing home. I left it sitting in the driveway for a few days and every time I walked by it, the madder I became.

With the help of a local junk yard that had three 240z’s and one 260z, I began the rebuild process.

Some good news was the engine bay was not touched by the heat. Nor was the frame body except for the roof. I pulled the wiring harness and all interior items from the three junk yard Zs and got to work. It took about a month of daily work, but it was running. Lots of $$, sweat and tears, but today the Z runs like it did when first purchased.