Following in the footsteps of the Founder Joe Casella’s hand painted sign at the first Z event, “Z Owners Unite” is the motto and intention of every day.

For more than 50 years, ZCoA has focused on bringing all Z owners of all Z models together to forge mutually beneficial relationships and the cameraderie that exists within the Z Community.

Do you have a passion for Z cars? You’re not alone

Simply let us know who you are, how to reach you and you’ll get our monthly newsletter, The Z Club Bulletin

Follow Us \ Our Story \ Your Z Stories \ Your Z Videos

Need the freedom to access the Z community how you want, anytime, anywhere?
Contribute content, comments, tech help, driving tips and find Z enthusiasts near you.

Z Club of America, Inc. was founded in February of 1971 by Joe Casella.

“The purpose was to bring together owners of the Datsun 240Z to exchange ideas on how to maintain and modify the cars as well as create a community of like minded enthusiasts… for years we grew a club of z-lovers by providing driving events at race tracks and rallies that spread up and down the east coast.”

The fact the Z Club of America celebrated 50 years has something important to say about Z owners.

“I had signs made that said ‘Z Owners Unite’ as you can see in the photo that we would display at Lime Rock and other tracks in the early 70’s to recruit new Z Club members.” 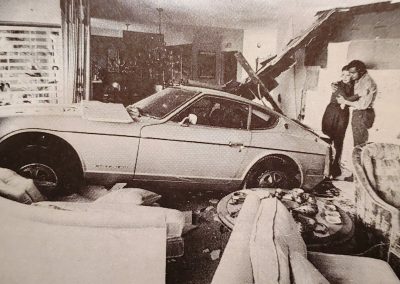 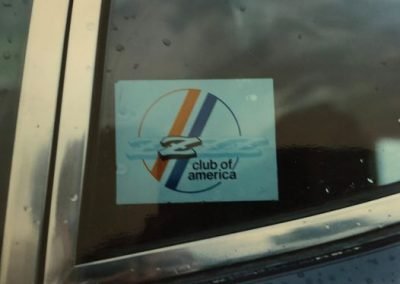 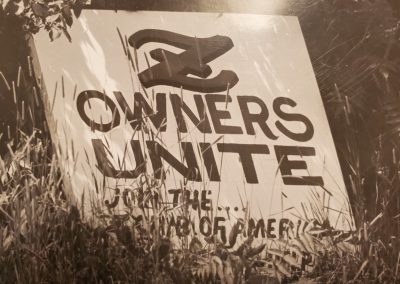 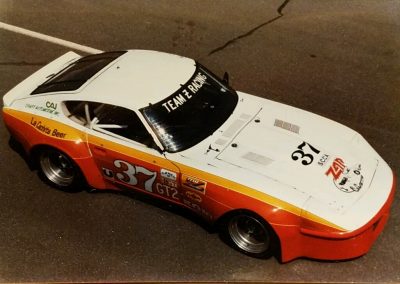 What’s your Z Story? Send an email with pictures attached with your name and Z story to Submissions@ZClubOfAmerica.com 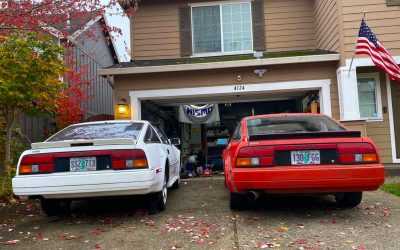 Chuck Smith’s Z Story: As for how I got the red z, I actually bought a different one first about a year and a half ago. It was a white 1986, just the shell with no trans or motor.  I bought a turbo motor from someone else, tore it apart and resealed everything...

END_OF_DOCUMENT_TOKEN_TO_BE_REPLACED 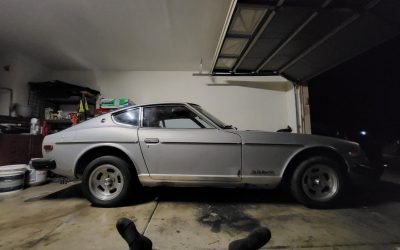 Alejandro Pineda’s Z Story: Well, it’s a long story. I've known Him since I was a kid. It was my Uncles and it sat since 95? He's been sitting waiting for years. My Uncle finally said "I'm too old. here. for you.”, since I'm the only car guy in my immediate family. I...

END_OF_DOCUMENT_TOKEN_TO_BE_REPLACED 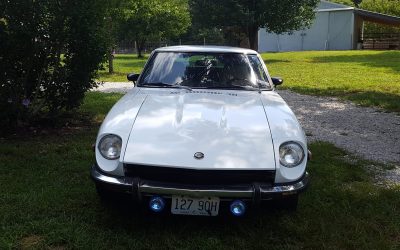 Ronald Gilbert’s Z Story: Bought this 240z from a small car lot. I was stationed at Nellis AFB, NV and needed cheap transportation after going thru a rough family situation. On December 7th, 1989 the Z was stolen from my house in Las Vegas and was used by a gang...

END_OF_DOCUMENT_TOKEN_TO_BE_REPLACED 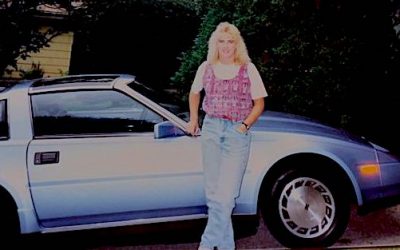 On The Open Road

Maryellen Ross’s Z Story:  When I graduated college in 1987, I immediately started saving up for the Nissan 300ZX 1987. I was a new graduate nurse and it took me a year to establish credit and get approved for the loan to buy my dream car at the time. I purchased...

END_OF_DOCUMENT_TOKEN_TO_BE_REPLACED 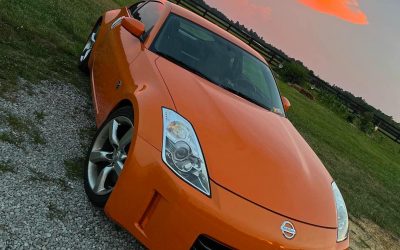 A Blast To Drive

Dylan Scott’s Z Story: It was bought new by a guy in the neighboring city to where I work.  He retired from the military and wanted something to drive on the weekends and he wanted it to be orange, so he decided on the 350z. He’s had it every since. Has the...

END_OF_DOCUMENT_TOKEN_TO_BE_REPLACED 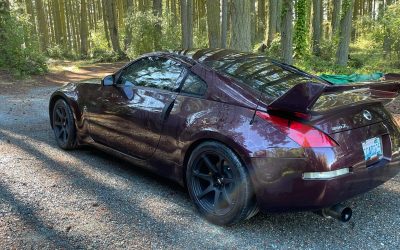 Lynn Darcy Allison’s Z Story: We were actually looking at Miata’s when our son found the Z up around Oak Harbor Washington! We fell in love with her just from the pics. He picked it up for us, dumped $6000 into her to make a touring car yet track worthy!  And now...

END_OF_DOCUMENT_TOKEN_TO_BE_REPLACED 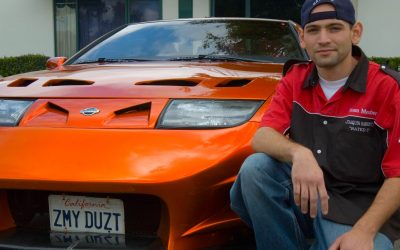 Joaquin Barroeta’s Z Story: I’m not sure about good story but I do have a story. On my way to 6th grade, my school bus would drive by a Nissan dealership and every day I would look forward to both the drive to and the drive from school to see the 1992 models. ...

END_OF_DOCUMENT_TOKEN_TO_BE_REPLACED 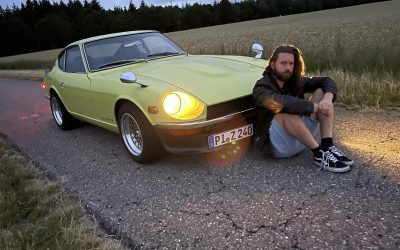 George Grimm’s Z Story:  I'm from Germany and my 240Z is an original California car produced in 10/71, so its a 72 Model. Back in 2011 I bought that Need For Speed Game Shift Unleashed 2, where the ZG version was featured as a Nissan Fairlady ZG. I talked to...

END_OF_DOCUMENT_TOKEN_TO_BE_REPLACED 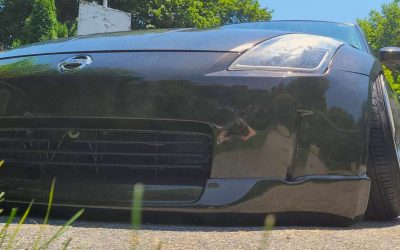 A Lot Of Plans

Owen Horst's Z Story: I am from Lebanon County, a small town in Pennsylvania, I have always had a love for cars.  At the age of 16 I got my first car a vw golf mk4. My car recently was in a accident and was totaled. I was very unsure what I wanted as my next car so I...

END_OF_DOCUMENT_TOKEN_TO_BE_REPLACED 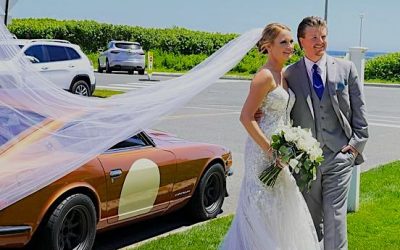 My Wife Is Cool Too

Johnny Pat’s Z Story: It’s a 1978 280z that I have done a rear tail conversion on. I came across a listing in Iowa where a gentleman was mid process of restoring the car. He had an 'oopsie kid' and had to let go of the car in a jiffy. He had repaired the rust and had...

END_OF_DOCUMENT_TOKEN_TO_BE_REPLACED 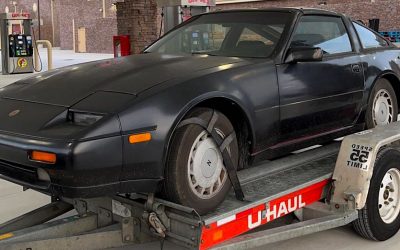 Wesley Keen’s Z Story: I have always been drawn to cars and how they work. My brother and my high school shop teacher, who taught both my brother and me, had a big influence on my love for cars. After learning the basics from them both by working on my daily and...

END_OF_DOCUMENT_TOKEN_TO_BE_REPLACED 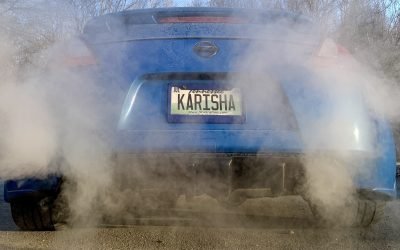 Proud On The Track

Karisha Shanelle's Z Story: My Z was a birthday dream come true.   My daily at the time was turning into more of a project car.  Every time I found aftermarket parts, the modifications were taking more and more time to complete. I needed to find a new car...