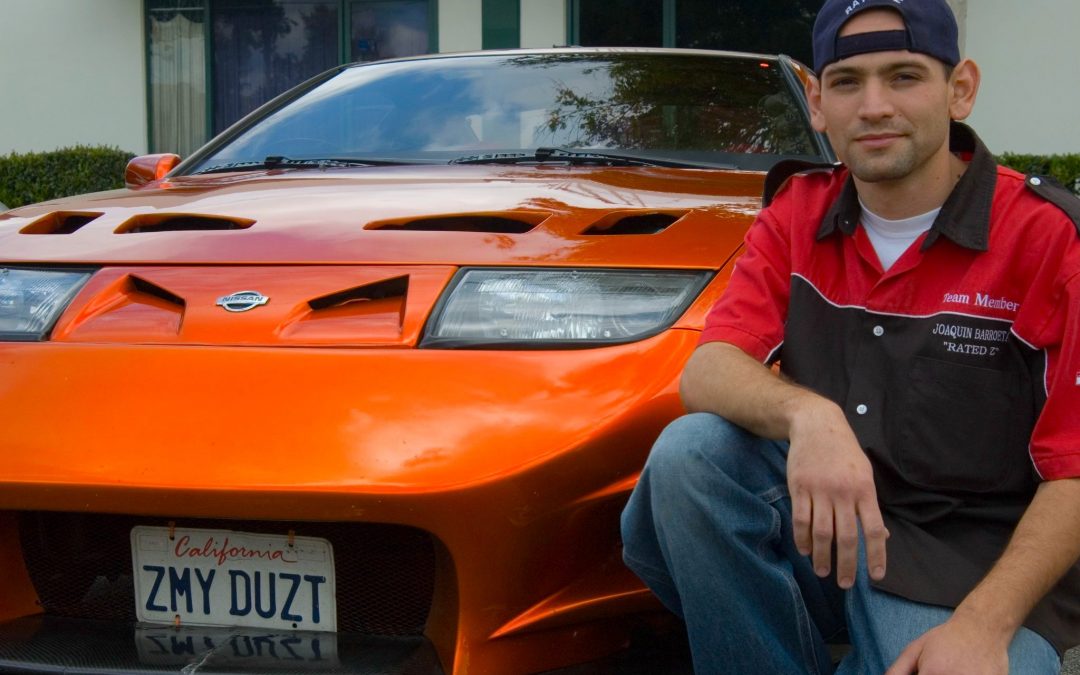 Joaquin Barroeta’s Z Story: I’m not sure about good story but I do have a story.
On my way to 6th grade, my school bus would drive by a Nissan dealership and every day I would look forward to both the drive to and the drive from school to see the 1992 models.

At the time I thought a Z was the most beautiful car on the road.

Fast forward to me graduating high school and I bought an used ’92 2+2 NA that later became the candy orange full show Z car that you saw. I learned to work on cars because I could only afford car payments plus the insurance and those cars are expensive to maintain.

That orange car was my daily driver, I put about 215K miles on it and did a TT auto swap. It was awesome ’till I got married and sold it to pay for part of my wedding.

A few years ago I picked up a ’90 Z TT in red, that had a blown engine and I basically brought it back to life. It now has everything that could be modified to it, aside from a built motor. But it does have a one-off custom wide body that was built around a set of 18×12 and 17×9 wheels with super aggressive offset. The front fender is a combination of the original plus a fiberglass 350z fender.

I still own the red one and loved it and still think it’s one of the best and most beautiful body styles, even after all these years – this is coming from a person who used to be an automotive journalist who has driven many, many cars.