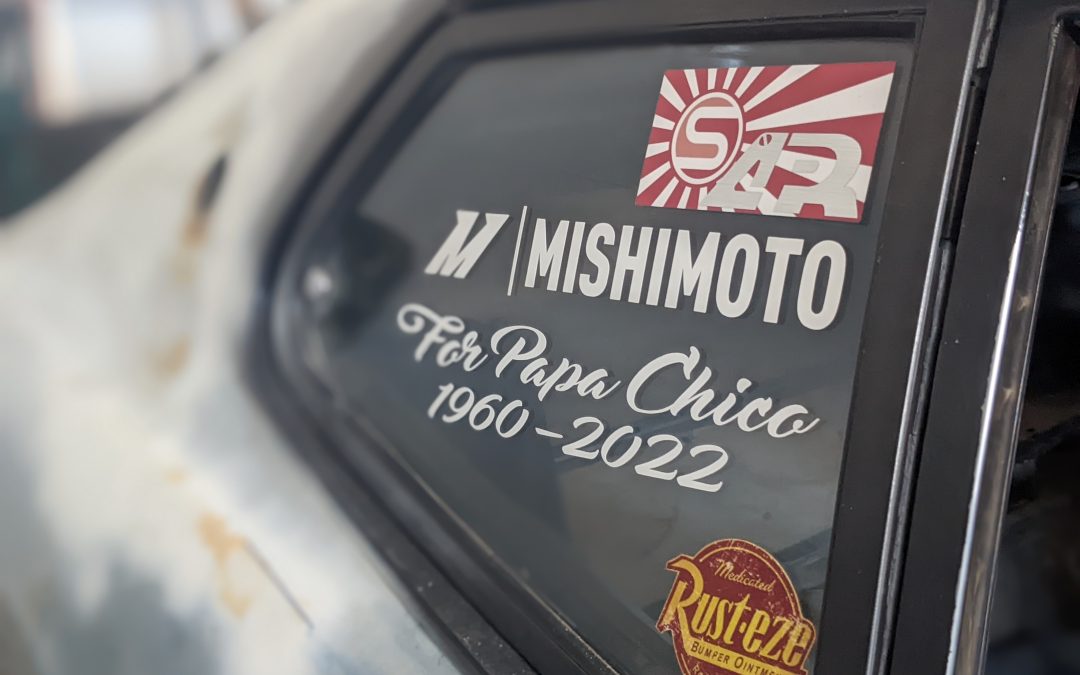 Mark Csencsits’s Z Story: I’ve been meaning to make this post but it’s been really hard on me. This year has started off pretty rough because we had lost someone very close to us. He was my wife’s father and I might as well say that he was my father too since he treated me like his own son. Not a day goes by that we don’t shed a tear for him, thinking of the memories we have or just missing him. Our daughter Rowan even talks about him almost every day.
Almost 4 years ago, he helped me get this stupid 280z from El Paso. Even though it might have been a bad idea to get it, he still supported me anyway because it was my dream car. He told me he used to have a white 2+2 years back and it only made me want it more. And now I actually have a picture of his 2+2 sitting on my desk.

I had planned for him to be the first person to ride in the 280 after I got it running but I’ve waited too long for it, not knowing this would happen. I could only hope for myself to get it running this year but I really don’t know what’s going to happen. This car means something more to me now than it did before. I know that anything I can do to this car now, I do for the memory of Papa Chico.