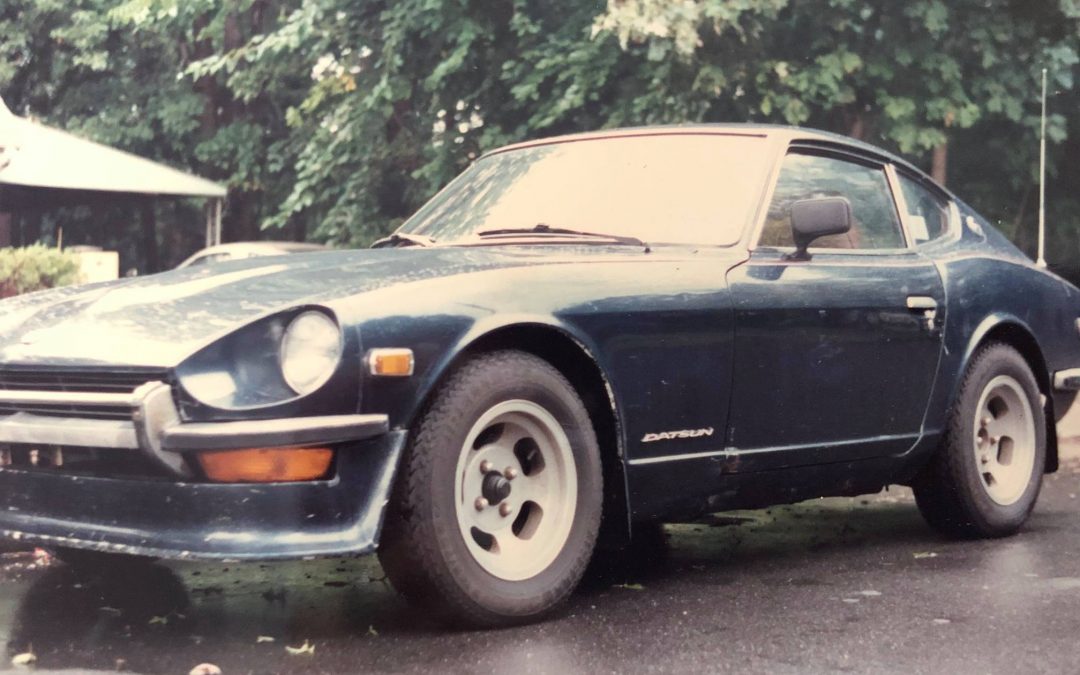 “This is another 240z I bought from Joe Casella’s Z Center in Clifton NJ. It was my all time fave because the engine had this scrumptious warm spunk to it, sounded awesome, and handled unlike any Z I’d previously driven. I discovered what gave it the unique handling characteristics while in service at Z Center – as the car went up on the lift… the wheels stayed on the ground. The Z started to bend in half, folding in on itself from the rusted floor, buckling as if it was becoming a Datsun Origami.”

“Joe had an early 260z on the lot in need of an engine, so I bought it (the last Z I got from Z Center) we yanked the yummy L24 and filled the 260 to create what I loving called my 500z (240+260). Drove it to California, where it quickly was stolen, got it back a year later and then it became my ITS car. Still have it.

I’ll never be able to thank Joe sufficiently for being my Z guru and pimpdaddy!”